Young professionals are moving to Sydney’s western suburbs in droves. North Parramatta is a favourite spot for these workers, as it’s close to many amenities, has great transport links and is a great place to raise a young family.

As the name implies, North Parramatta is the suburb immediately north of Parramatta proper. It’s found to the north of the Parramatta River, but only has a short boundary on the water on its western edge. Lake Parramatta, however, is found in its entirety in North Parramatta, and you can also find the Charles Sturt University campus, one of the state’s top-rated schools, Cumberland Hospital and Barton Park in its confines.

North Parramatta has good transport links — the A28/A40 bisects the suburb – and there is easy access by car to the west, east and south. North Rocks Road goes north, linking with the M2 motorway for onward journeys.

The largest section of North Parramatta’s demographic is made up of young professionals. Around 20% of the population is aged between 25 and 34, which is noticeably higher than the national average of 14% for this age group. This hints at the affordability in rent and home prices in North Parramatta and the huge opportunity for jobs here and in the surrounding suburbs.

The majority of the homes, close to 60%, are units. Close to a quarter are houses and 17% are semi-detached properties (such as townhouses). 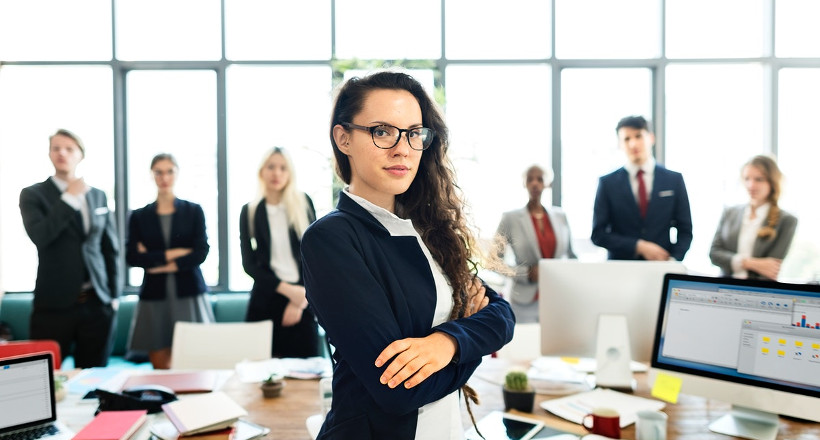 There’s no train station in North Parramatta itself, but it’s a short drive or a manageable walk (if you’re in the lower half of the suburb) to the stations at Westmead or Parramatta. Both stations are on the T1 (Central to either Emu Plains or Richmond) and T5 (Leppington to Richmond) lines. Passengers at Parramatta can also get on the express T2 service (to Central or Leppington) or the BMT (Blue Mountains Line) that connects Central to Lithgow.

North Parramatta, however, does have plenty of bus stops, with more than a dozen routes going through the suburb.

Parramatta, just outside the borders of the suburb, also has a ferry terminal. This takes passengers to Circular Quay via Balmain, Cockatoo Island and Sydney Olympic Park.

As with the rest of New South Wales, it is the cheapest and most convenient to use these services with an Opal card.

The majority of shops are found along, or just off, Church Street towards its southern end. Here you can find many of the country’s big names, including supermarkets, fast food place, chemists, massage parlours and bars. You can also find second-hand stores on this road and further to the north.

The large Westfield shopping centre is just south of the river in Parramatta. This is just a short drive away, with plenty of parking available in the centre.

North Parramatta has a diverse and cosmopolitan population and this is reflected in the restaurants on offer. Some of the top options include:

One of North Parramatta’s most popular eateries is Thai Garden House which, as the name suggests, serves Thai delicacies. The menu has all the favourites you’d expect from such a restaurant, and if you’re not good at making decisions one of the guest banquets may be the way to go. If you’re planning to each on a Friday or Saturday night, be sure to book ahead as it gets packed at the weekend.

Crate is a cafe/wine bar tucked away in the north of the suburb that caters for breakfasts, lunches and dinners. Diners rave about the top-rate coffee, the quick meals and, most of all, the range of premium pizzas. While many opt for a sit-down meal, as the cafe is opposite Doyle Reserve it’s equally as tempting to grab a coffee to go and take a stroll.

Widely regarded as the best breakfast (and maybe lunch) spot in North Parramatta, Six Ain’t Seven is a cafe that favours substance over style. The coffee always comes out to perfection and the menu is squeezed full of tasty goods. The owners have a very hands-on and friendly approach to their work, making sure that everyone who enters is made to feel welcome, whether it’s their first or hundredth visit. 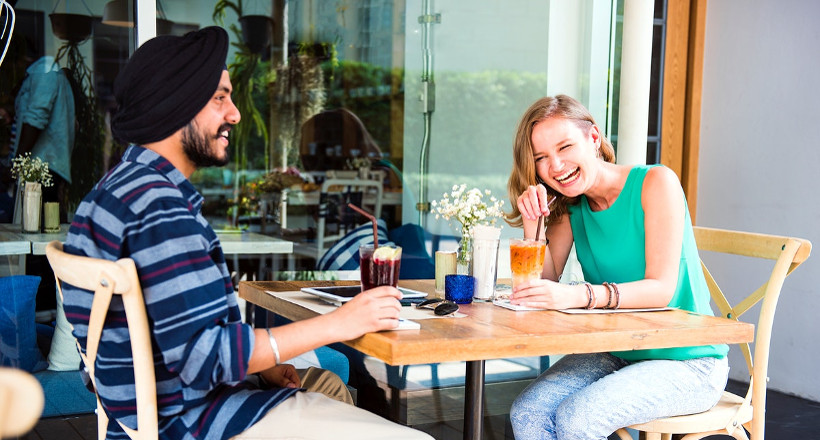 The largest green area on the map is Barton Park, in the south-east section of the suburb. This is an area of sporting prominence, with a running track, athletics throwing cafes and sand pits for long jump. When not in use, families can play casually, make use of the playground or have a meal on the picnic tables.

To the north of the suburb is Lake Parramatta Reserve, an area of more than 70 hectares of bushland. The lake itself is the main attraction, with people swimming, hiring boats or just picnicking by its shore. There are also bush walks around the lake – the full loop is 4.2km, but there are shorter options if you prefer. Wildlife is regularly spotted along this walk; mostly birds and lizards, but also the odd echidna and kookaburra.

The south-west of the suburb backs onto the Parramatta River. Cross the water and you’ll find yourself in Parramatta Park, which boasts Wistaria Gardens, The Dairy and other notable attractions and relics from yesteryear.

We’ve talked about the best schools in the Parramatta region before, and three of the very best are found in North Parramatta: Tara Anglican School for Girls (rated 99/100), The King’s School for boys (also 99) and Redeemer Baptist School (98). These three schools are found close together on Masons Drive with one all girls option, one all boys option and one co-ed option.

Data for January 2019 shows that the median house price in North Parramatta is a touch over $1m while rent for a house varies depending on the bedrooms: $450 p/w for two bedrooms, $520 p/w for three and $650 p/w for four.

If you prefer to live in a unit, the average price for a two-bedroom property is currently around $540,000 while a three-bedroom apartment is in the region of $725,000. Rent again changes depending on bedrooms, but figures point towards $370 p/w for two bedrooms, $400 p/w for three and $530 p/w for four.

As with the rest of Sydney, property prices fell slightly over 2018, but long-term pictures are still positive with upward trends over the past five years.

To find out more about the North Parramatta property market, call our team on 02 8116 9444 or email us using the form below. 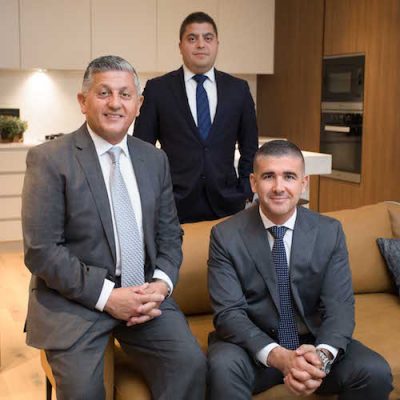 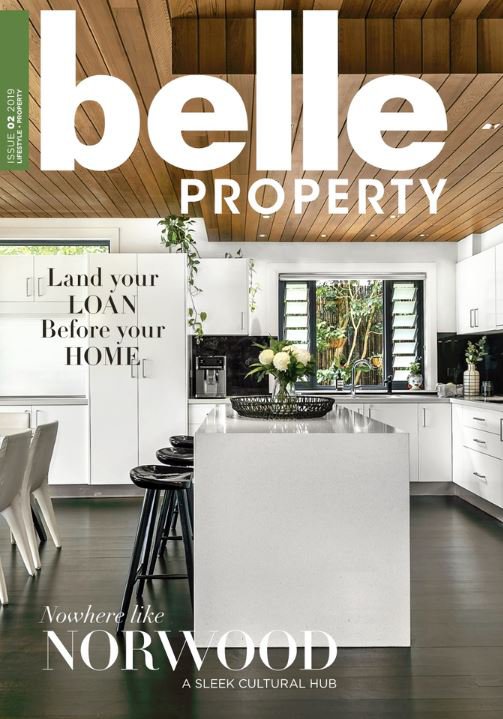 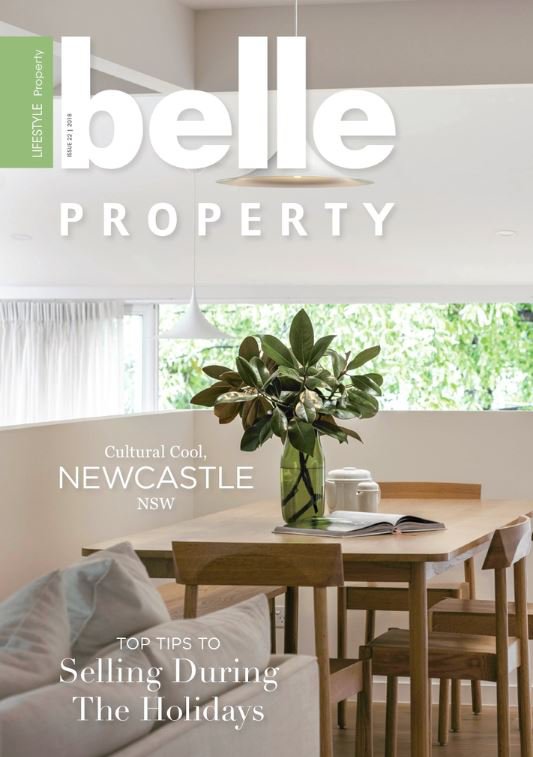